What a bad blogger I have been! Please forgive me.

My last update was about injections and how they were about to begin. Let's go back in time a bit, shall we?
Lupron started, a small needle, thin, that gets injected near the belly button. The night I was told to start, I was having friends over for a party, so my BFF was there to help get me through it. It was scary to think about but was not scary to do it. Within a few days, I was a pro at Lupron.

Then we added in the Delestrogen. This one scared the heck out of me! It was in the behind. I was going to have my Hubby do them, but he was about to leave for work on a trip for a week, so an every 3 day shot would be hard to do without him. I bit the bullet and did it myself (that makes me sound so much more brave than I actually was. There was a lot of frantic crying, a little yelling, lots of shaking, then I did it, and again it wasn't so bad).

I kept bruising really badly and at one point, I started fainting when I gave myself my shots - which resulted in me stabbing myself in the hand with the needle - NOT fun. I soon realized I was doing the injections WAY too low, hence why it was so painful and all the bruising. Shortly thereafter, the fainting and bruising stopped.

About a week before transfer, we added in a 3rd shot. Projesterone, every night, in the behind. My poor bum! The needles were scary for me, I hate needles very much. I kept telling myself "Its all for the greater good" just to get me through. 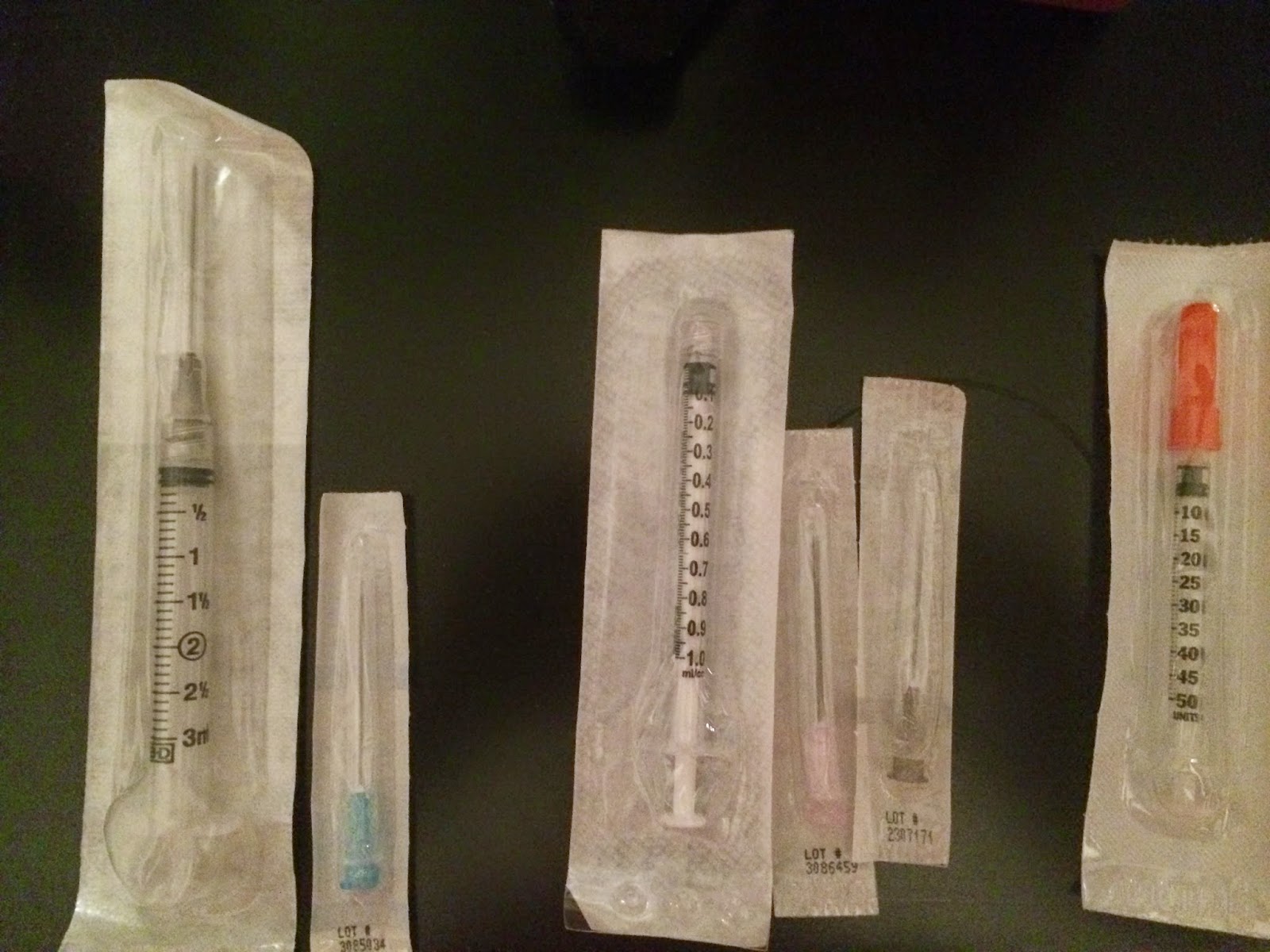 When transfer was fast approaching, I planned to have my Hubby come with me as he had in the past. Then, he was called for jury duty and couldn't come with me. So then I planned for my BFF to come. Last minute changes forced her to drop out, too. I was so scared to travel by myself to a big city (I've traveled alone before, but with meds, to a city I don't know, just makes me nervous).

I ended up traveling out to Los Angeles by myself and I got to meet the IPs! I was incredibly nervous to meet them in person for the first time, in a strange city, alone. Of course, it was just me being silly, as when we met it was just perfect. We have known each other for so long, and been in this journey for what feels like forever, so meeting was more like catching up with an old friend, than meeting a new one. 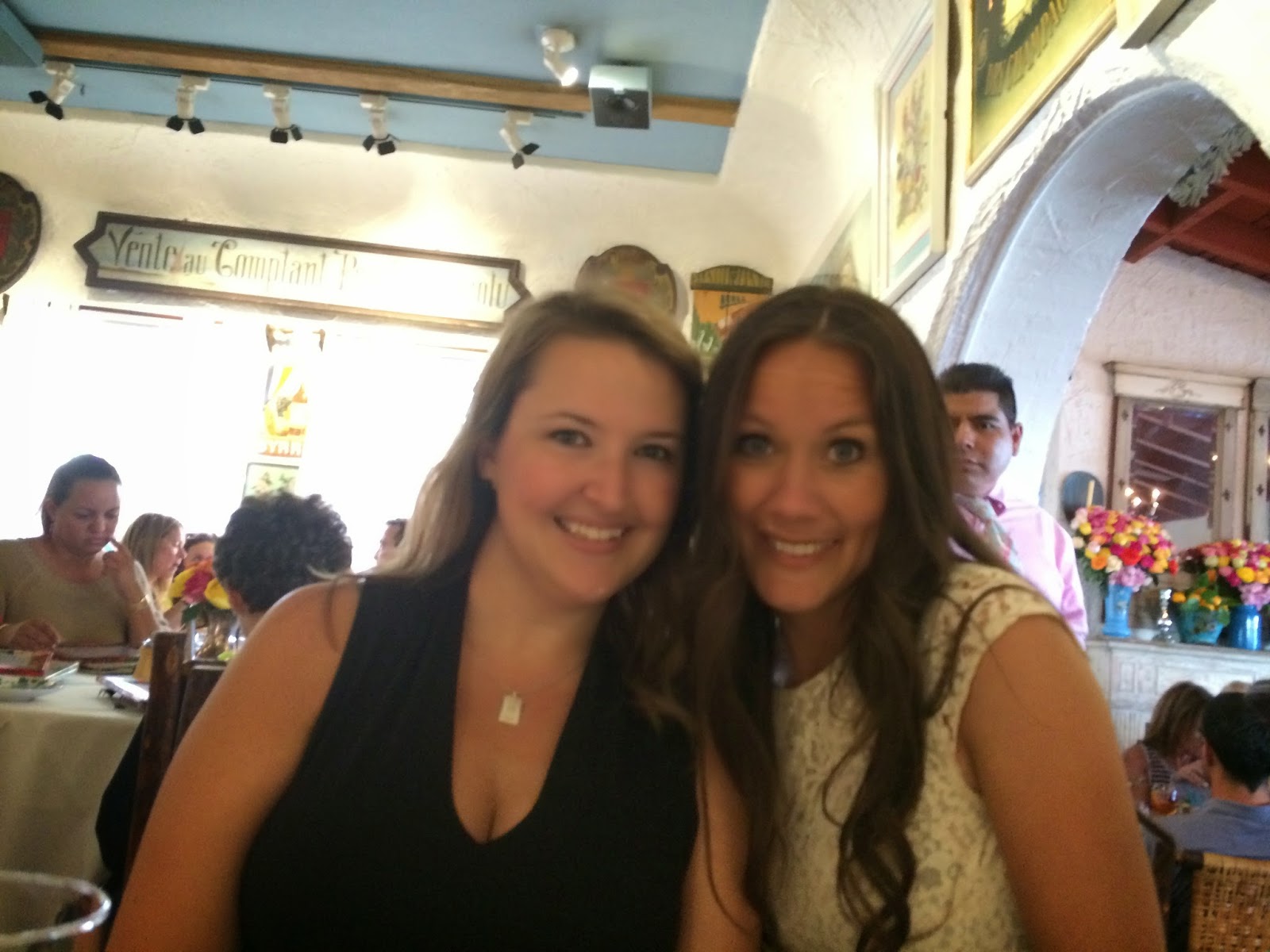 Transfer went without a hitch. We were with a new clinic this time and they gave me a Valium to take before the transfer. I thought about it at first and it made me nervous. I don't like to take medicines like that. But when I read the reasoning, that it can help to relax the body as well as the mind, I thought I needed to at least try it. Anything that could help us on our third and final try.

Fast forward 10 days - BETA DAY! Welcome to real time. I had my BETA this morning. This go round, the IPs asked that I didn't POAS at home, and just wait for BETA. Due to what happened last time - I could understand their reasoning. I Thought about testing myself and not telling them but that didn't feel right. So, I waited the 10 day wait, which was terribly hard. I can only imagine it from the IMs view. FINALLY around 2pm, a day full of staring at my computer screens and refreshing my email, waiting, begging, hoping for an update - finally arrived via phone. Monica from the clinic said my BETA results were at 276. TWO HUNDRED AND SEVENTY SIX! Holy buckets. I am pregnant!! I got to call IM and tell her the news. It was such an amazing feeling! ANNNND now folks, you are all caught up. My mind is going a million miles a minute, so I will update again soon. Next step, BETA #2 in a week to make sure the numbers are doubling.